Haunted Place is where ghosts often appears. It’s a house or  building often seen as being inhabited by spirits of the deceased who may be former residents of the place or were familiar with that property.

Some actually thinks ghosts can only be seen in books and movies. If you think Ghosts doesn’t exist, wait until you visit this 5 Mysterious places. They are real and actually exist and would definitely Scare you to the Intestines.

The name alone Hell Town freaks me out . Hell town is an abandoned ghost town that is formally known as Boston, Ohio. It is located in Ohio, with many creepy stories surrounding the town like –

A nearby Boston cemetery that is haunted, An abandoned school bus where a ghost smokes cigarette at night, a bridge that one hears the cry of a baby when they cross it also known as the crying bridge and so many scary stories. It will sure give you goosebumps.

One thing in this creepy city is that you can check out anytime you like but you can never leave. Weird isn’t it? Well, it has a watch tower that looks over the souls that can’t escape.

This mysterious village is located in North ossetia in southern Russia. When one look closely into the houses, You won’t find any living soul in there. Human bones and skulls are found littering around the crypt. Tourists and locals don’t visit there. Looks like a Horror Story from a movie but it’s actually a real life village that truly exists.

This little home is said to be haunted by people who used to work there when it was a funeral home, also a little boy who fell to his death. There is also a scary story of someone named Mary who likes to throw toasters… The house is rich in ghost with so many unfriendly ghosts, it can even be captured with a camera. It was built in 1900’s & was used as a residence for workers of wood lawn cemetery. A grave robber’s ghost who was once killed nearby , was seen severally walking around the house.The house was later handed to Karl Riddle, the superintendent of public works. One of riddle’s worker comited suicide in the house. His servants witnessed lots of murmurings, voices, ratling chains & missing things which made many of them to run for their dear lives. Every new businesses in the building was said to have failed. In fact, there are so many mysteries & ghosts associated with riddle house.

You will know why this is called the ‘screaming tunnel’ when you walk through this tunnel in the night with a wooden match. Do not say I didn’t warn you. Now listen to this story!  Hundreds of years back, a young girl who was set ablaze by his angry and drunken father, ran into a tunnel to escape from him. She screamed as she burnt to death inside the tunnel. According to the tales, the girl’s ghost still lives inside the tunnel and screams so hard whenever someone comes close or makes their way into the tower with a wooden match.

This haunted place is located in Adams Tannesse in 1817. A farmer John Bell moved from North Carolina to a farm in Robertson county. Not quite long, he started to hear strange noises, single voice, heavy knocking on the walls and very deafening sounds. Frightened Bell told the community people and neighbours about the strange ghost whisperers and occurances and some of them stayed overnight at Bell’s to witness it.Some said the ghost was a male slave whom Bell killed in the past, while some history legends stated that the Ghost was Bell’s neighbor Kate Batts who strongly disliked Bell and his daughter Betsy. The Bell Witch set out to kill John Bell and ruin his daughter’s life which she achieved by poisoning Bell. The witch continued to haunt a cave on the property even after Bell’s house was gone.

Chillingham Castle is known as the most haunted castle in England. So many dark & strange stories associated to this deadly castle. There is a story of a sadistic man called John Sage who gruesomely tortured and killed thousands of people within Chillingham castle. It is believed that his ghost still lurks around the castle coupled with the ghosts of his victims who walks around within the castle also. Many have claimed to hear cries and screams of pains and sadness, human remains like joints and bones were also seen littering around the place.There is also this story of a famous ghost named the blue boy who haunts one of the rooms in the castle. He is said to appear from a wall inside the room. Sometime ago, the skeletal remains of a young boy with blue clothing was discovered hidden behind that wall which clearly proves the blue boy ghost story.Also lady Mary’s ghost who has lived in total sadness within the chillingham castle after her husband abandoned her for her sister, was seen severally gazing out of the upper floor window.There is also a young girl who also haunted chillingham chapel, communicating with female visitors & playing with their hairs. Numerous skeletons have also been discovered inside the haunted chapel in chillingham castle.Another story is that of a well known chillingham ghost called the Pantry, dressed in white and looked sickly. A guard was once in a locked up room as he protected the silver stored inside the room. He was confronted by the pantry woman who begged him for water. He had pity on her and turned around again to help her but the woman had disappeared. Inside this castle lies lots of scary ghost stories and the original Chillingham Castle has long been sealed off from the public.

7. The Island of the Dolls, Mexico 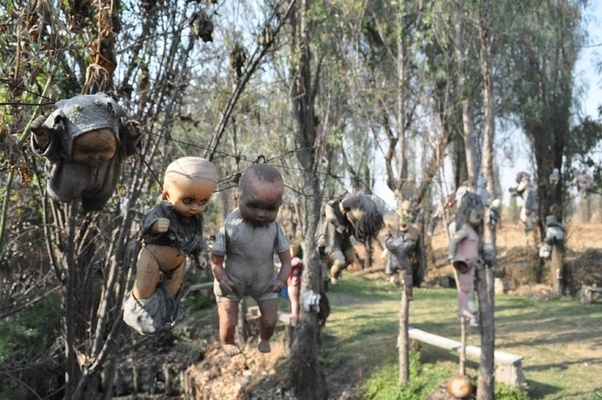 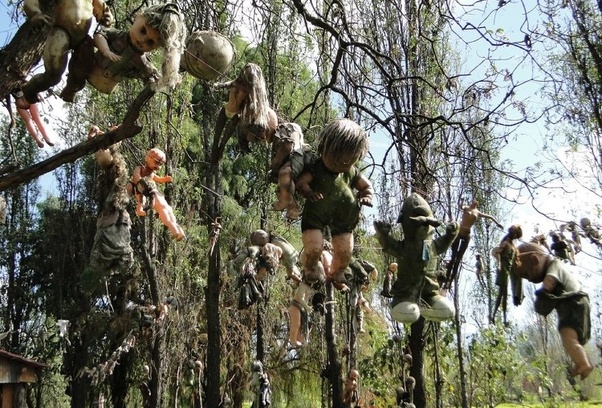 This dolls can be seen all across the island, they move their hands and whispers to each other. just the sight of this island can cut your intestines.

Hashima Island was Once a bustling coal mine, but is now the dwelling of dead souls and sprits where you can hear murmuring and whispering sounds with no one in sight. 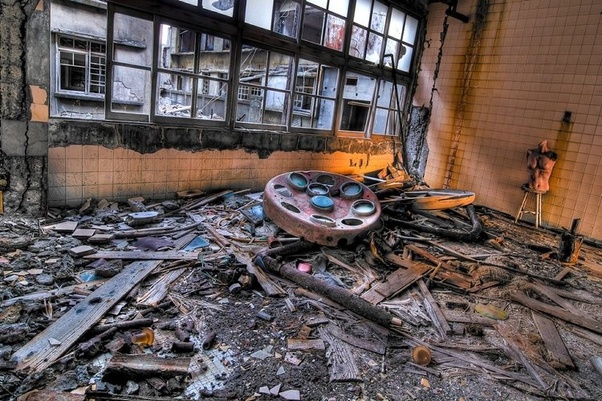 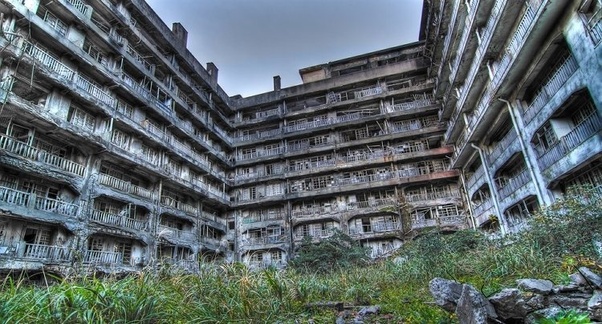 9. Aokigahara, Japan
This is the most haunted place in Japan with several suicidal and ghost activities. In Aokigahara Forest in Japan, one can witness signboards saying – ‘life is precious’, ‘consult the police before you decide to die’ at the entrance. 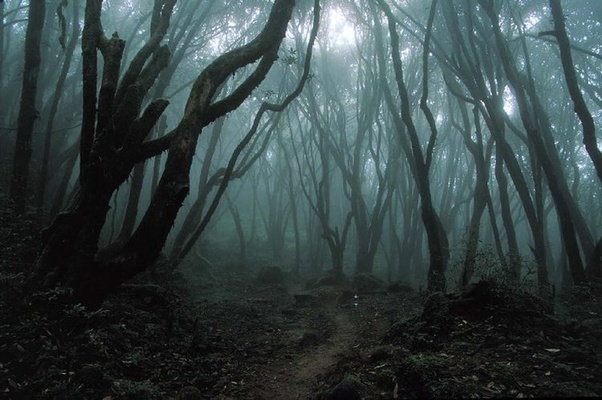 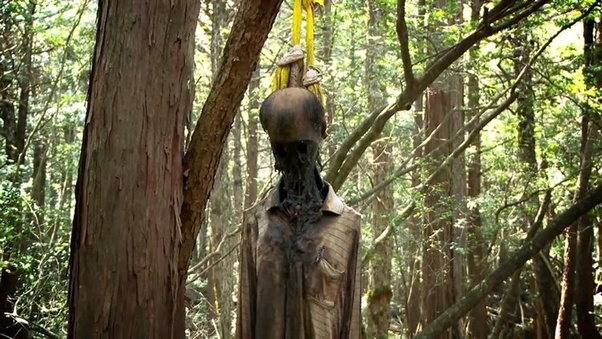 10. Pripyat, Ukraine
Pripyat is a town town filled with fun-rides, auditoriums, gymnasiums, galleries and many recreational places. It became became so haunted with ghosts that people all deserted the place. It has now become a ghost town 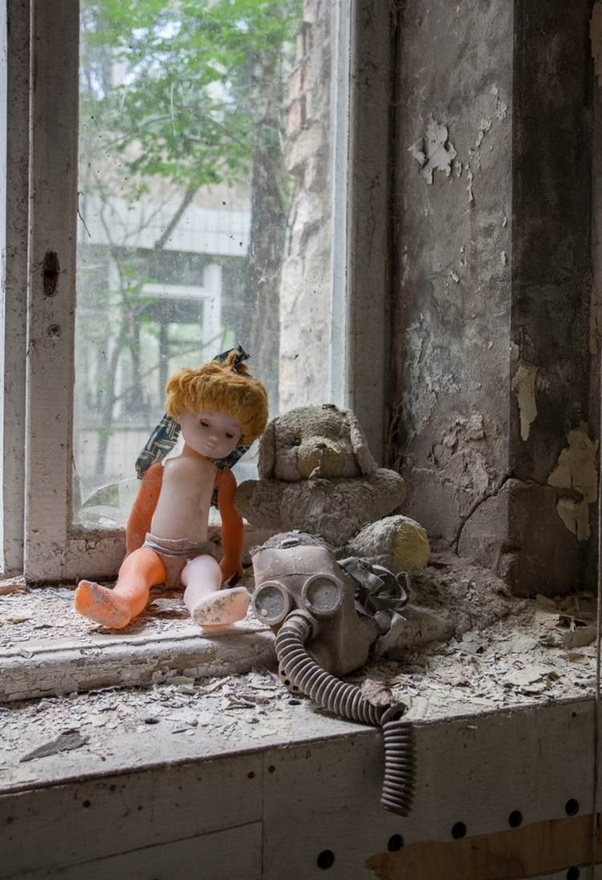 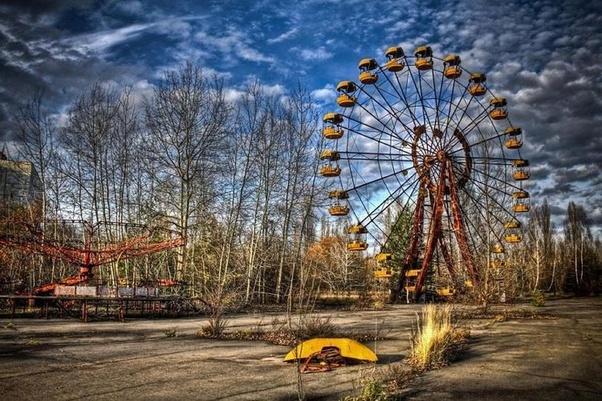 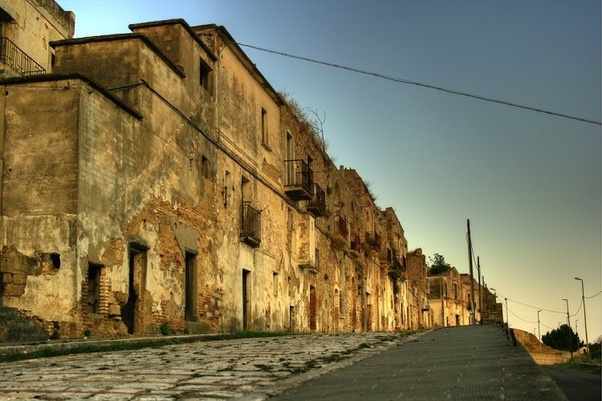 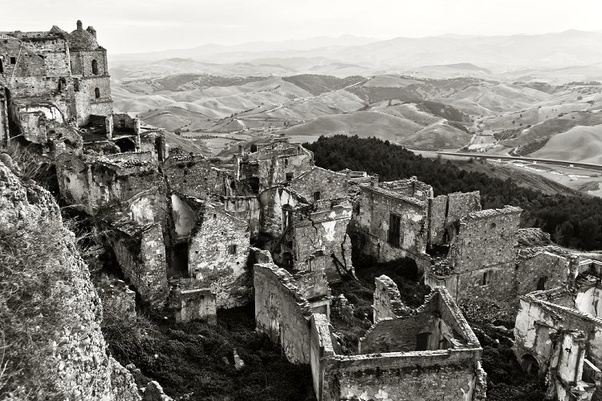 Here in this Greece island, you can find your boat getting stuck into a pile of human bones. and human skulls and bones loitering around. There is also a story of a psychic doctor was choked to death in the island by unnatural forces. It was also once a dumping ground for plague victims. 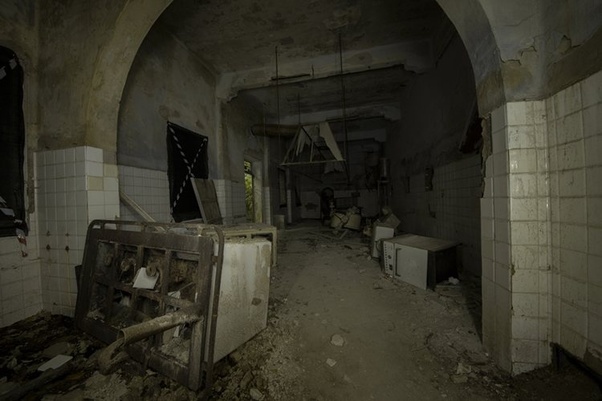 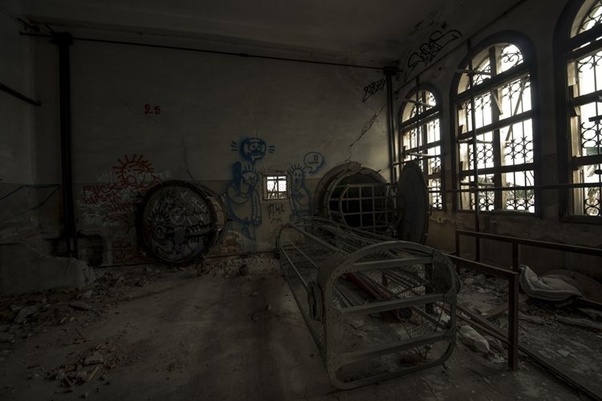 Tuol Sleng in Cambodia was turned into prison, it ended up being a genocide ground which claimed many lives brutally. It has since become a haunted ground with ghosts of people killed. You have to rethink before visiting Tuol Sleng at night . 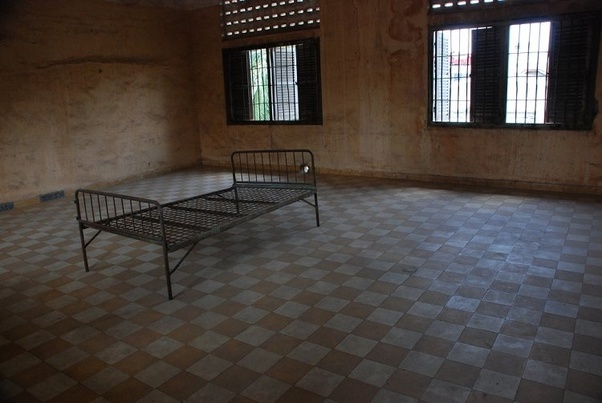 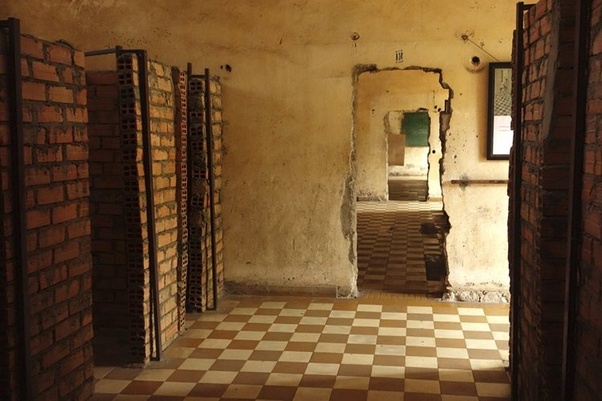 ‘Pennsylvania System was a place  prisoners were dumped into solitude and some were left to die in a tragic manner. The horrific practices led to several scary activities in the prison. 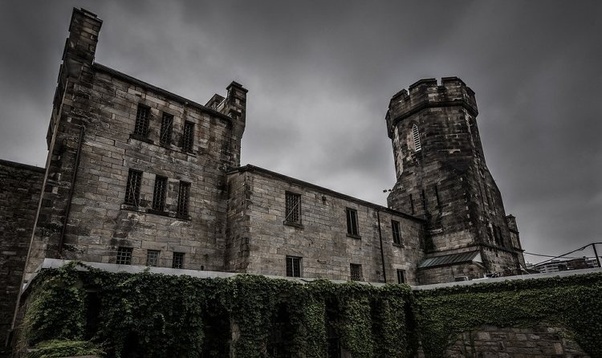 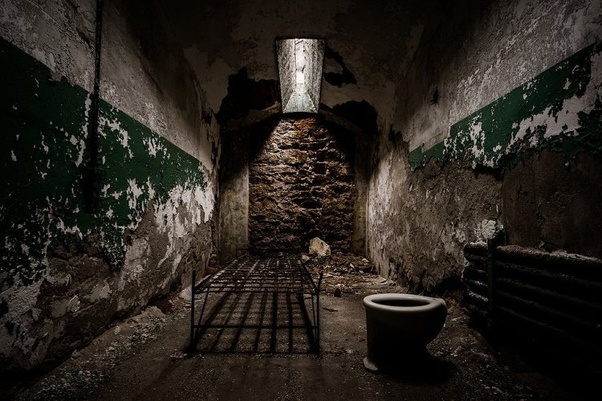 This amusement park opened during the 1950s in Belgium but had to close down in 2002 due to some tragic and scary event that took place where a little boy lost his arm.  Visitors stopped visiting the park and it eventually closed down. The creepy look of the park and the silence will sure give you goosebumps. 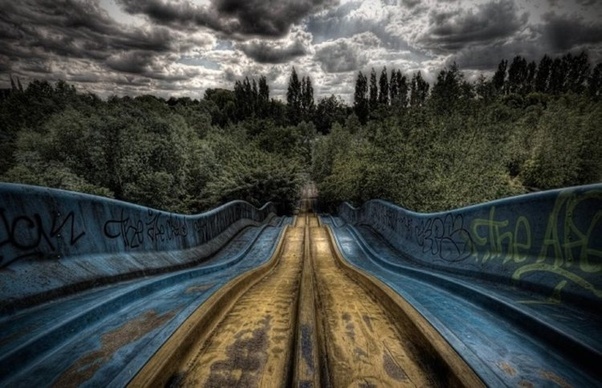 This scary asylum and it’s morgue came into existence in 1869 and used to have so many patients. In a certain period of time, the asylum experienced around 45,000 deaths which were merely natural deaths. 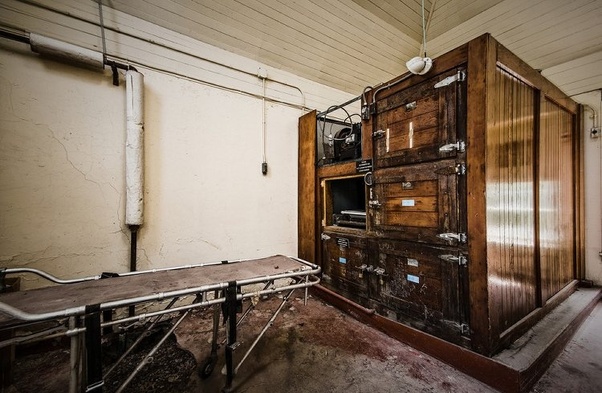 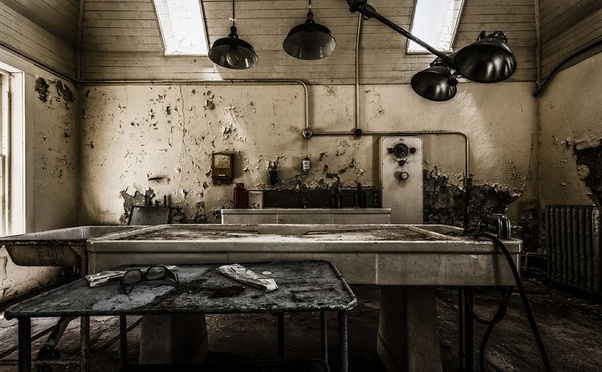 17. Highgate Cemetery, North London, England
Get ready to encounter the ghost woman searching for her kids, people dissapering in the air, floating ghost of a nun and other creepy events when you enter Highgate Cemetery. Now do you still wanna visit? Well I guess not. 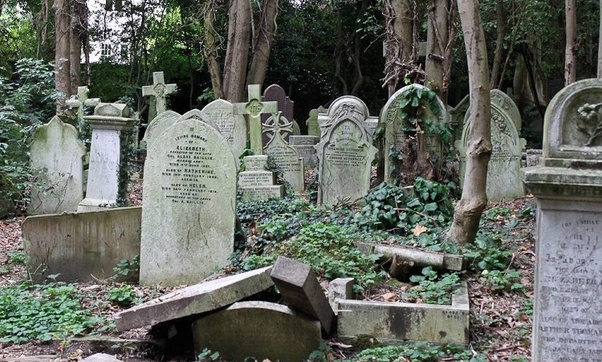 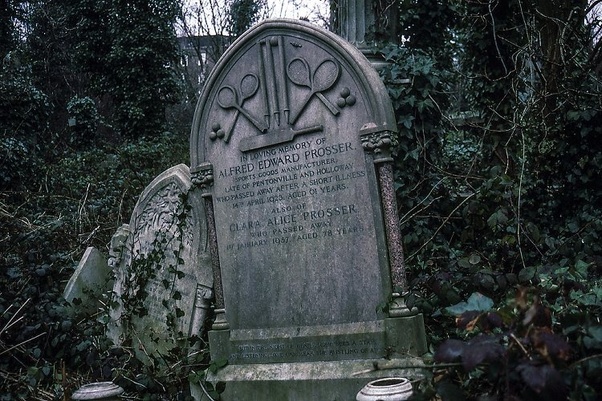 18. Changi Beach, Singapore
Changi Beach was once the execution ground of Chinese army. Now have you ever heard about flying heads, dying soldiers crying out for help, headless bodies walking all over a beach and other scary events? This is exactly all you are going to witness if you dare step your legs in Changi Beach Singapore. 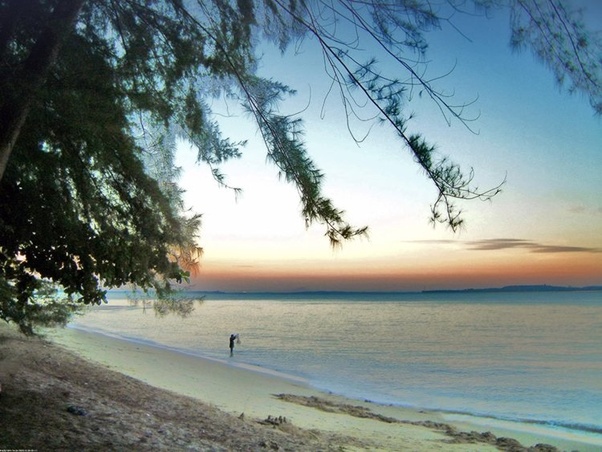 19. Monte Cristo, New South Wales, Australia
This Australian cottage is associated with series of creepy stories and unnatural deaths e.g story of caretaker killed within the cottage, boy burnt till death and little child falling from the stairs and many other horrific deaths! I’m sure you won’t dare to near Monte Cristo after hearing this stories. 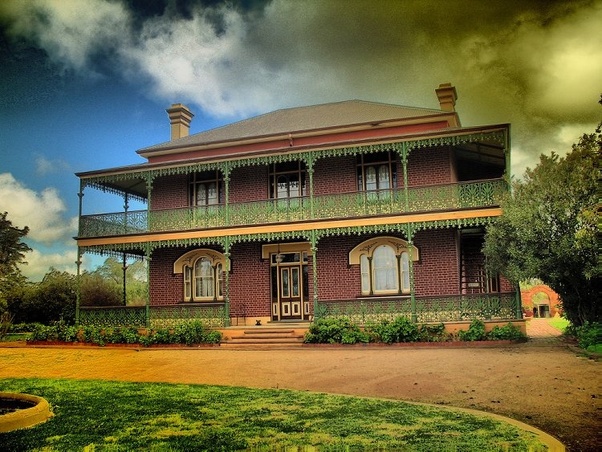 2 Replies to “19 Most Haunted & Scariest Places In The World”